Drop us your contact info and a description of your project and we'll reach out to you shortly.

Thank you, your submission has been received. We will contact you shortly!
Oops! Something went wrong.
Please try again in a little while.
Transportation
Growing up together with Denver Startup Week & Project-XITE

Arriving at DU at the same time as Project X-ITE in 2015, I’ve been something of a guinea pig for entrepreneurship here. Project X-ITE was launched with the intention of casting a wide net to become a key player in the Colorado innovation ecosystem and beyond. With my own ambitions as a founder, I was sure the stars were aligning. Over the next four years, I explored the life of a founder, a student founder at that, and it has been a foray in finding my personal product market fit. This is similar to how X-ITE, being a startup itself at DU, evolved and eventually found the core reason it exists, which is to support students who seek out challenges and growth. . It's a coming of age story, learning what really matters, and how to do things better through cycles of trial and error.

My first venture at DU was an entry level e-commerce and events promotion site for local art galleries. I had identified a problem, built a prototype and launched a content marketing campaign that built up a pretty sizable social media following. In that time, my pitches became bulletproof, and my confidence in approaching VCs and mentors was through the roof. I also made $0 and had under 100 active users.

At the same time, Project X-ITE was launching hard and fast at DU. They hosted a speaker series, pitch competitions, all sorts of workshops and had enough stickers and tees to supply the campus for decades. When they launched Pioneering Summer, an accelerator for student ventures, I thought that this was my golden ticket.

Two years went by, and I hadn't had much success. By that time, I had been a part of two failed ventures, and Scott Romano and I’s consulting business, Cultivo Media, wasn’t growing like I had hoped for. There were months where I even felt too discouraged to work on anything, but kept chipping away.

Over time, through my experience in Pioneering Summer and other X-ITE programming, I felt X-ITE’s pivot, as I experienced my own pivot. Project X-ITE’s programming became much more student centric and focused on relevancy of mentorship and keeping teams accountable. We were pushed to talk to customers, prioritize sales and keep our products lean. As part of the third iteration of Pioneering Summer, things started moving for Cultivo as well. Our team grew to include, Cece Palmquist as a fractional Financial Director. We had built a product for a client that they didn't end up using, and re-skinned it as a tool for matching students to freelance work from the community. We spun it off as a product called Resular, launched at DU, and suddenly had universities from across the country reaching out to us to purchase the tool. This has been our core focus this summer and we’re seeing success; raising capital and preparing to launch at five additional schools this year.

Project X-ITE helped our team understand the issue we were solving and forced us to keep focused on the issues that mattered. Just as X-ITE had grown into their role of supporting students and understanding our core issues, we were gaining new understanding of our customers’ behavior and designing around that. Both Cultivo and Project X-ITE had arrived in the mystical land known as product market fit, and the results were showing.

So, what have I learned? Listen to your users, try new things, and don't give up. 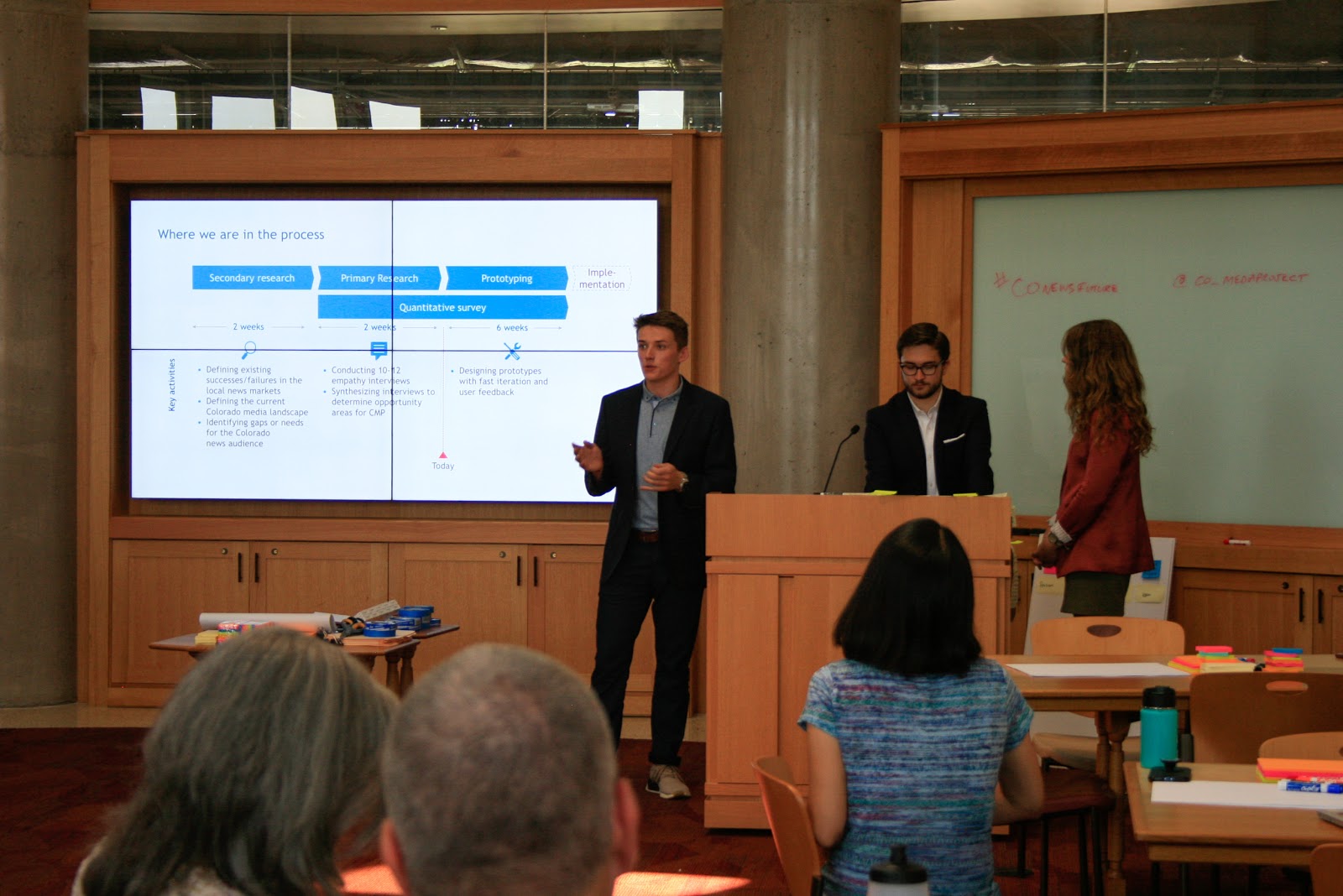 Read more
Design
Our crash course in human centered design
No items found.
back to blog